Home » Resource » How to Fix Christmas Lights without a Tester 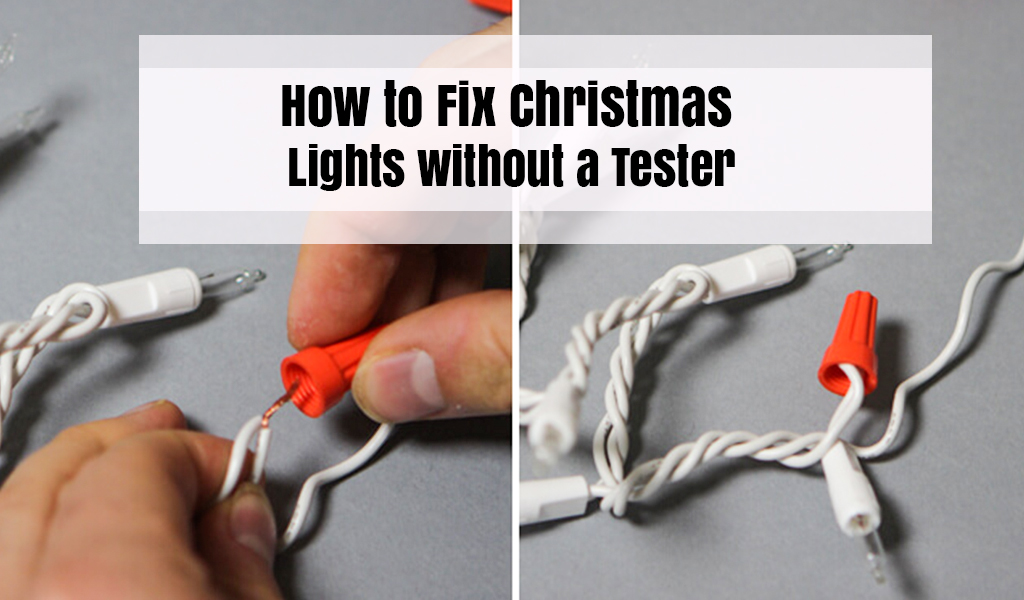 It happens. Each year millions of Christmas lights have been broken when you unplug them and throw them into your garage or basement.

Also, people (You may also) can’t make out the broken light at that time. But, when it’s time to reuse them in Christmas or Thanksgiving, the problem comes out.

The bulbs of Christmas lights are fragile and prone to breakage. They are light and breakable without getting many hits. As the bulbs and linked in a series wired, it's quite tricky to find out the exact broken or fused bulb.

However, there are several ways to fix Christmas Lights depending on the problem. But the most common issue it to check the blown a fuse and replace it.

Common issues of the Christmas Lights

Blowing a fuseis the most common issue for series wired bulbs. It can turn the entire string dark in a second. Also, it doesn’t spare any part of the line as the strings are connected end-to-end. So, when the fuse is blown, all the bulbs can’t get electricity to be lit. So, at first check the fuse when lights show problem from being lit.

Procedure to check and replace the blown fuses:

Finding the defective bulb(s) is much easier as it happens a section of the entire string. So, when the bulb(s) is not working in a specific part, you have to change the bulbs of that section. Here, the bulb can be dead, or the connection between the bulb and the socket isn't working.

So, grasp each bulb and pull away from the socket. Then check the two bulb copper leads as they are well-placed and not missing or twisted. Continue to check each bulb until you find the culprit dead bulb. When you find it, remove it or replace it.

A bad socket or wiring may completely damage your entire string. The bulbs won’t lit though they are alright and well-plugged.

Procedure to check and replace the bad socket or wiring

The problem of a corroded socket is found rarely for the Christmas lights. However, before going into the process to check the corroded fix socket, make sure that the entire string is unplugged from any electrical connection.

Procedure to check and replace a corroded socket

The Quickest Method Of Fixing The Christmas Lights

Procedures of the fastest method